I was reading an article on Bloomberg in the morning, which tells the signs of recession and it kept me thinking. Everybody is talking about when is the next recession, this is because the current bull market is already 10 years old and it's one of the longest in history. Also, I think because FED is done with the current rate hike cycle. So according to the economists, below are some important sighs for recession :

1) Yield curve: This might be the most widely used recession sign. The yield spread between 3 months & 10-year Treasury bonds. Usually yield for 10 year is higher because of the premium for risk (time) as compared t0 3 month. But then 10 year is yielding less than 3 month "inverted yield curve", it means that people are hedging the uncertainty by buying longer-term bonds. Every recession is preceded by an "inverted yield curve" but not every yield curve results in a recession. Currently, the yield curve is inverted for a couple of weeks since May 23 2019 ( It was inverted for a brief time in April 2019). 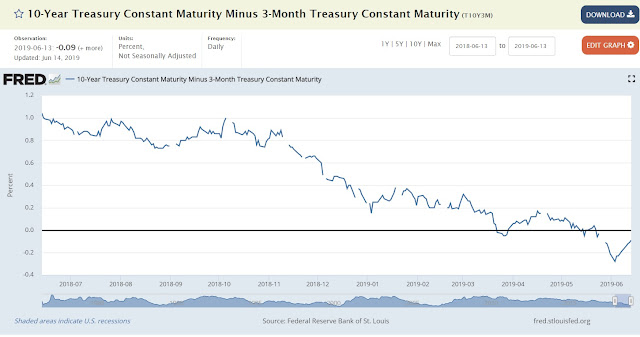 2) Credit conditions for small & medium businesses - As the uncertainty and risk raise for businesses, banks reduce lending whereas they lend more if the times are good. 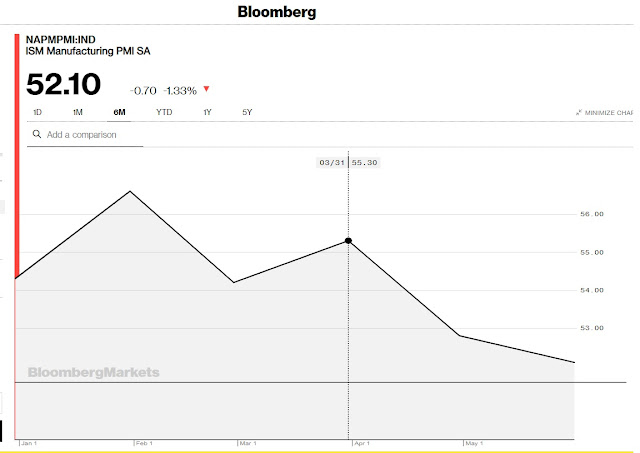 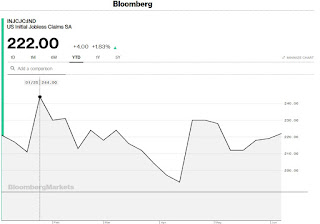 Like Yield, all recessions are preceded by these signs but not the other way round. In my opinion, Currently all above are showing a slowdown NOT recession but this will make FED cut rates in next 1-2 meeting.

One of the main reasons of all this is Trade war, Because of the uncertain environment, investors are buying more long term bonds ( speculation that FED is going to cut is also fueling this).  Business & Market sentiment are also low because of the trade war and export restriction to Chinese companies like huawei. Companies have to  cut expenses through lay-offs and less investment because of the 25% tariff and these restrictions.

These short term reasons, in turn, will make FED cut rates to alleviate some pressure from the consumer. I believe FED should not cut rates and stay steady. Stock valuations are already stretched on a historical basis now and this will further inflate equities.

In conclusion, I would say that a recession is coming soon ( most economists believe 30% of recession in the next 12 months, up from 25% last year) NOT because of the slow economy but prolonged trade war. Last year, FED should not have raised 4 times (25 basis point each) and now they should delay the cut.